The Backpack Press at the Bronx Book Fair 2019

If you would like to try any of these books, please visit my bookstore – on Amazon: https://www.amazon.com/Anne-Born/e/B015EJGPXW

If you would like signed copies, let me know and I will be happy to send you one – or more! Write to bpackpress@gmail.com

If you have a book club that might be interested in reading with a talkback, I would be delighted to visit!

And look for the new TweedPod poscasts on TumbleweedPilgrim.com – stories of the Cathedral of Santiago de Compostela. Coming up shortly!

Bacon, Eggs, and a Little Grease

I needed to cook bacon for dinner last night. Not because its best-before date was up. Not because I didn’t have anything else. But when I knew I wanted eggs, I knew I needed bacon. Bacon and me, we go way back. It’s possibly the first thing I learned to recognize by smell. That, and Folger’s coffee.

Strips of bacon laid flat barely touching in a copper bottom, Revere Were pan. Cooked low and even, turned a few times, bacon comes out, egg goes in, smack in the middle of the grease left behind by the bacon. Spatula flicking hot grease over the top of the egg to cook it while the bottom of the egg cooked on the inside of the pan. Then slide out onto the plate like a short order cook – the one thing my mother always swore she was not. “What do you think, I’m a short order cook? Eat what’s in front of you.” And most days we did.

After I was labeled “gifted” in Grade Five, I skipped, and was unceremoniously assigned to Grade Seven without the inconvenience of showing up for a Grade Six. Over the summer after Grade Five, I was assigned to the care, and ultimately feeding, of the nun who taught grade six during the school year, a powerhouse named Mother Josetta. When we both tired of my Math and English lessons, she taught me how to do things – like fry an egg. I remember watching her flick grease just like my mother did. I could see a wonderful, unspoken camaraderie come alive: with eggs, with nuns, with my mother, with women in the universe throughout history, if we could all execute the same flick, if we all knew how to fry eggs. I did not get a sense of a greater purpose in this exercise, but rather I could visualize an invisible silken thread drawing us all together.

I believe that was the first and last time I used bacon grease to fry an egg. That’s the way it is sometimes with life’s profound moments. They stand on their own. They influence thought, but not action. And it wasn’t that my mother hadn’t taught me many cooking skills, but this nun with her methodical bacon and egg protocol is what I remember. She must have felt sorry for me. A tall misfit chubby girl with glasses not finding her way in a sea of normal little girls and boys in this small Midwest Catholic school. I don’t think I ever confided in her later that the kids in my new Grade Seven were suspicious of me and kept their distance, and the kids in my old Grade Five instantly forgot my name as they attended that inconvenient Grade Six, barely recognizing my absence. There had been talk about sending me away to a school in Indiana known for the way it worked with gifted kids, but the cost of tuition was a deal breaker. It’s impossible to know now if that move really did stop at tuition or if my family decided it was just easier to keep me where I was. I’ll never know.

Still, the smell of bacon cooking or the sound of an egg breaking into a hot pan, the smell of fresh Folger’s – these all take me back to a clean dinette set with four place settings of 1950s, burnt orange Melmac plates in Michigan. Four chairs, four people eating breakfast together and my mother always wondering existentially; if the coffee was good to the last drop, what was wrong with the last drop?

Now, in my all-grown-up studio in the Bronx, I am able to fill the space with the foods of my childhood and a memory of the people and places that still carry meaning. It might be time to try frying an egg in bacon grease again – just to see if I could get it right and not burn myself. I’d like to please Mother Josetta now – and my own mother too, even though I’m way past needing to do that and they are both gone. I think it would be fitting to let them both know their lessons are as fresh to me now as the day they first presented them to me. And as useful.

Like all the women in history, I can fry an egg.

If you would like to read more of my little stories, check out My Books on the menu!

My notebook no longer contains…

My notebook comes along with me when I leave my house,
you never know when elusive inspiration will be found lurking
around the corner, down the block, over your shoulder.
When it will be better to write than to grieve or to laugh.

But now, my notebook doesn’t carry any of the thoughts I want to write
It holds the receipts, the holy cards, the phone numbers, bills for the car or the hotel.
The tiny note cards from the flowers.

Not one word can I write,
not one thought with any level of clarity
presents itself.

I know there is usual healing in words,
salve in poetry for the open wound
Or in some short narrative, a remembrance;
but it’s just not there.

I see only the shards, the detritus of my loss
and words simply pull farther and farther away.
My notebook no longer contains
Stories of today or plans for tomorrow.

That all stopped on Saturday.

While I know this is as temporary as a life,
It is just as maddening.

If you’d like to read the Late Orphan stories, look at My Books for These Winter Months and These Summer Months.

These Summer Months: Stories from The Late Orphan Project 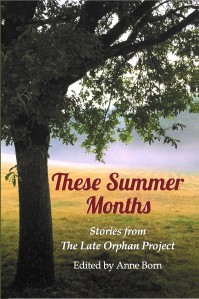 Welcome to These Summer Months: Stories from The Late Orphan Project. The Backpack Press is proud to announce the writers whose work will be included in this second volume of stories. This volume will be available April 14, 2017 on Amazon, paperback and Kindle, and by special order at your favorite independent bookseller. 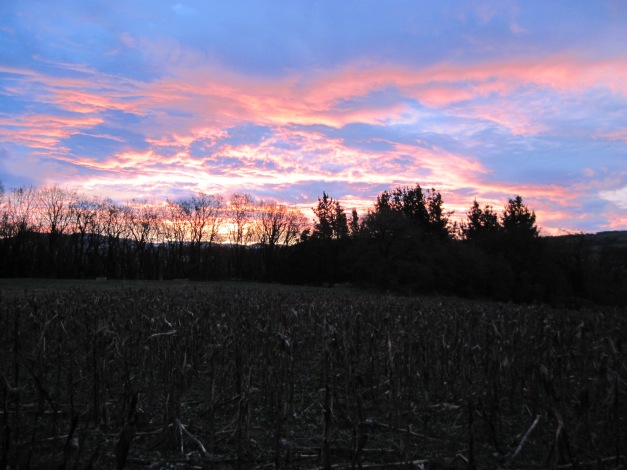 The Late Orphan Project is reopening for submissions starting November 2, 2016. Essays, journal entries, poetry, theater – all will be considered as long as the theme supports the Project.

How did this loss impact you?

When your mother or father dies, the impact is considerably stronger than other deaths in the family and the impact is frequently  unpredictable.

How are you changed? What did you learn? When you picked up your life again, how was it different, or better, or worse? How did you chart your life without your parents?

What the Late Orphan Project was able to do in the first volume of stories was to show that the most personal story displays the most universal truths. The reader understands and feels empathy with the writer and the writers can sometimes find closure or healing or a deeper understanding of the events that followed the deaths.

This is not a sad project even though the stories will likely make you cry. Rather it is a celebration of real life through the telling of these very difficult stories.

Guidelines – All entries should be approximately 1000-1500 words.Shorter pieces will be considered but longer ones may not. One entry per person please. Stories should be accompanied by the following:

2) The name of the mother or father in the story, including birth and death dates and geographic location.

3) The word SUBMISSION in the subject line of the email.

5) Identify please if your story has been published previously with a note that you have secured permission for The Backpack Press to republish if you story is selected.

If you have questions about submissions or the Project in general, please contact us at lateorphanproject@gmail.com.

Update on The Late Orphan Project

Thank you to everyone who has expressed interest in this project! Our book is available here. 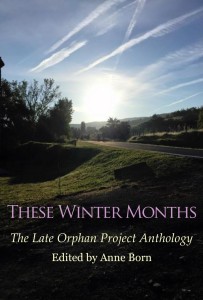 We are now 25 writers, expressing our thoughts, feelings, confusion, realizations, even humor after the death of our mother or father. In many cases, grief was delayed by activity. In some, the role of parent was pushed off on the child. In others, something was learned after cleaning out the family home.

But in each case, the writing exhibits a portrait of a family, a loss, a complicated or troubling relationship, or the lack of one. The stories are human, personal, and ultimately universal by nature.

It is an honest assessment of how the death of a parent impacts the child.

The fact that the child is also an adult is what makes these stories so rich. They are filled with regret, with questions left unanswered, with late admission of the depth of the parent’s love, or the ever-present understanding that this relationship, between parent and child, is one of the most complicated of our lives: sometimes satisfying, often incomplete. The stories cover a broad and varied view of the days – and even years – after a parent’s death.

Prompted by a need to express the impact of the death of the editor’s own father in the fall of 2015, The Late Orphan Project started to take shape as the submissions came in. Poetry, essays, journal entries – each writer facing the days after the services, the burials. Some days are better than others, some events are easier than others, and some anniversaries are impossibly hard. But the idea that the impact of this close loss is felt somehow less by an adult losing an older person is easily refuted.